The iaculus is a snake with wings. It leaps into the branches of trees, where it hides itself among the leaves. From its leafy perch it watches for animals that pass below. Its prey in sight, it hurls itself down to attack, flying through the air like a missile from a catapult. Thus is it called ‘iaculus,’ the javelin snake.

Acanthus leaves provide a fitting perch for four coiled iaculi on this finely-carved capital, located on entrance porch of the cathedral. While the iaculus on the right devours a human head, the one on the left gorges itself on scaled serpent. The device of placing the head of beast at the corner of a capital and splaying its flanks along the sides appears elsewhere at the cathedral, on a capital carved with rams.

This site uses Akismet to reduce spam. Learn how your comment data is processed.

Search The Owl in the Pulpit 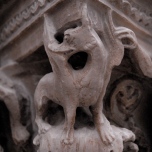 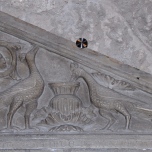 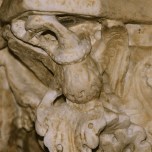 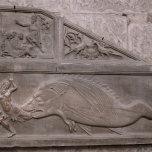 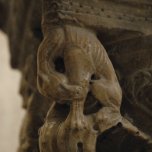 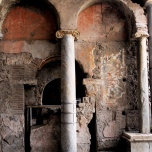 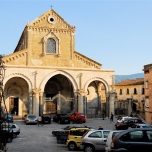 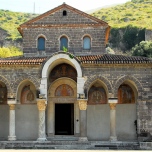 Partial view of the clerestory and vault, Fossanova Abbey

All text and images © The Owl in the Pulpit 2007-20. You may not use or duplicate any material on this blog without express permission from its author.